Jesus Preaches the Sermon of Sermons 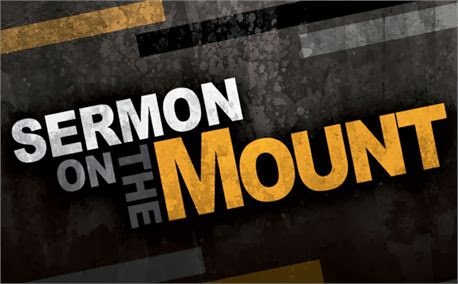 "And he opened his mouth and taught them, saying…" Matt. 5:2

The Sermon on the Mount - found in chapters 5, 6 and 7 of the book of Matthew - is the cornerstone of the Christian Religion, and certainly was the keystone of Jesus' teaching and ministry, which held together the arch of all that he did and taught afterwards.

In this crucial portion of his teachings, Jesus assures us that the lowly, meek and those seeking comfort and righteousness shall be comforted; that our deeds must be salt and light to the world; that we should not relax God's Moral Law; that we must take marriage and other oaths seriously; that we should not hate even our enemies and that we must go the extra mile for them and even pray for them; that we must practice righteousness, give to the needy (and to anyone who asks) fast, and pray to God, but to do none of this just to be prideful and seen by others; that we cannot serve both God and money; that we must judge only fairly and ask of God, but not for what rusts; that we must bear good fruits and perform deeds of Righteousness, otherwise, simply using vain words to call on God for salvation is pointless.

It's sad, then, to realize that many of today's Christian ministers seem ashamed of these extremely important teachings. In fact, many believe that the words of the Jesus are somehow unimportant, or can be explained away as less important than their metaphysical concepts ABOUT Christ.

In fact, to remind people that Jesus tells us that "we must" hear and obey "these words of mine," is downright astonishing to the ears of Christians who are so unused to hearing it!

That we have obligations and duties as followers of Jesus, and that we will be judged according to our deeds, seems repugnant to those who have been led by false teachings to believe that performing Good Works is, at best, a grudging, "extra" gift to God, and only when we feel like doing so.

Talk of the "moral teachings" of Jesus has certainly gone out of style. The assertion by some that Jesus was "only" a "moral teacher" has been so thoroughly attacked by Christendom's preachers that everyone has forgotten that his moral teachings are the core of what he said and did during his ministry.

No, Jesus was not "only" a moral teacher. He was a moral teacher AND the Prophet of the Almighty and Eternal God. Jesus was a man chosen, anointed and sent to us to call on us to stop acting sinfully and return to God's Righteous path, which God wishes all to follow. At the end of this Great Sermon filled with moral teachings, even the crowds were (like many modern Christians) "astonished" because his teachings clearly had God's authority.

Jesus calls us, from almost two millennia ago, to heed these words and teachings of his, not to demean and ignore them or explain them away as insignificant. Heaven and earth, he says, will pass away, but his words will not. The Ceremonial Law of the Jews passed away, and was passing away even as Jesus preached, but God's Law of Righteousness, says Jesus, does not pass away, and he assures us that he did not come to destroy it.

This Sermon of all Sermons calls us to become more Godly, to seek after God's Path, God's Law and yes, even God's Moral Perfection. Let's take up that challenge Christ Jesus feels that we are worthy to accept! 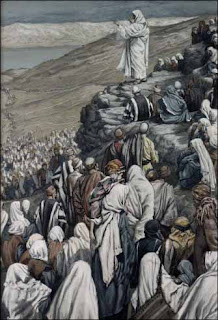 Please read Matthew 5, 6 and 7 with fresh ears. Some specific citations:
“You are the salt of the earth, but if salt has lost its taste, how shall its saltiness be restored? It is no longer good for anything except to be thrown out and trampled under people's feet. You are the light of the world. A city set on a hill cannot be hidden.” Matt. 5:13-14

“Do not think that I have come to abolish the Law or the Prophets; I have not come to abolish them but to fulfill them. For truly, I say to you, until heaven and earth pass away, not an iota, not a dot, will pass from the Law until all is accomplished.” Matt. 5:17-18

“And if anyone forces you to go one mile, go with him two miles. Give to the one who begs from you, and do not refuse the one who would borrow from you.” Matt. 5:41-42

“You, therefore, must be perfect, as your Father in Heaven is perfect.” Matt. 5:48

“Beware of practicing your righteousness before other people in order to be seen by them, for then you will have no reward from your Father who is in heaven.” Matt. 6:1

“No one can serve two masters, for either he will hate the one and love the other, or he will be devoted to the one and despise the other. You cannot serve God and money.” Matt. 6:24

“Everyone then who hears these words of mine and does them will be like a wise man who built his house on the rock.” Matt. 7:24

“And when Jesus finished these sayings, the crowds were astonished at his teaching, for he was teaching them as one who had authority, and not as their scribes.” Matt. 7:28-29