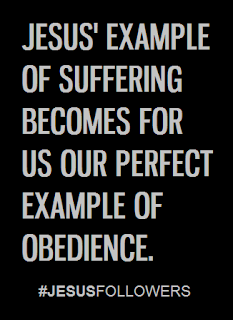 Jesus was a preacher of repentance and righteousness. He made known the love God has for us, proclaimed the riches of divine grace, and declared the mercy of God to a guilty world; but at the same time he insisted that without repentance there can be no salvation. (Luke 13:3-5). God sent him out to bless humanity by turning them from their iniquities.

He declared that a leading object of his mission was to call sinners to repentance (Mark 2:17.) To deny the efficacy of repentance would be to render the mission of Jesus useless.

In his Sermon on the Mount, he reflects the character of a practical preacher.

He taught that to do the will of God, and seek to be like Him, is the only way to gain admittance into his kingdom, that the condition of forgiveness is our forgiving others, and that the man who hears his sayings and does them builds on a good foundation. (See Matt. 5, 6 & 7)

He taught that men will be accepted or rejected according to the use they make of the talents entrusted to their care; that when brought to judgment, they will be received to glory, or doomed to punishment, according to their works (Chapter 25).

Throughout his ministry he taught men to expect salvation, and every blessing, on the ground of the love, mercy and favor of God, solely on the terms of repentance and obedience to the Gospel.

He represented God as accepting penitent sinners, on the ground of his free mercy, just as a compassionate father would his offending child when he saw him turn from his folly. (Luke 15:11-32)

The Gospel is undoubtedly a system of divine mercy and grace, but in this system, conditions are certainly understood. The conditions are repentance, faith, and obedience. Without a compliance with these conditions sinners cannot be saved.

We therefore have redemption in Jesus as we have it in his Gospel: he came and revealed it, he lost his life in making it known, he is appointed by the Father to dispense it, and we enjoy it so long as we conform to his teaching and example, so that we should not henceforth live to ourselves, in the gratification of our passions and desires, but to him, in obedience to his Gospel, and in the imitation of his example – especially of that generous love which he manifested in laying down his life for the good of men. (John 15:13)

Jesus showed no cowardice in his suffering. Throughout, with firmness, he resigned himself to the will of his Father. (Luke 22:42) Had his feelings of pain and sorrow been less exquisite, his piety, his virtue, his patience had been less perfect, had he not felt so deeply, he would have been less suited to be our example in bearing suffering.

Had he not perfectly obeyed he could not have been an example of perfect obedience. But now by his death, his character is perfected, his qualifications are completed, his testimony is finished, his obedience is tried and, found perfect, he received a glorious reward, and we have a suitable and perfect example of every excellence attainable by us.

(Adapted from the writings of Rev. Noah Worcester, 1805)