The Gospel Is Simple #JesusFollowers

The simplicity of the Christian doctrine concerning God and His Christ is a great theme of the Gospel.

Simplicity is in itself a beauty and excellence. It gives us clear ideas, and assists our comprehension of a subject. The simplicity of the Gospel corresponds and agrees with the works of nature; in which there is no vain show or useless magnificence; though there is united with it, through the whole creation, a wonderful sublimity and grandeur.

The simplicity of the Gospel combines the belief in the unity of God and contemplation of His supreme, unrivaled perfection with the belief in the humanity of Christ, his authority as the Divine’s prophet and universal Savior, and his awesome dignity as the judge of all men.

Concerning the person of Christ, is it not a clear and satisfactory conclusion, that his perfect humanity is as essential and fundamental an article of our faith, as that there is one God, the Father, announced under the Old Testament as the God of Abraham, Isaac, and Jacob, and then as Yahweh, of the Jews; and in the New Testament, as the God and Father of our Master, Jesus Christ?

The simplicity of the Gospel, in its doctrine concerning the humanity of Christ, helps the imagination to contemplate the man Christ Jesus living and dying like us, which is calculated to affect the senses, and move the heart. It is more adapted to our feelings and condition, it is more encouraging and consolatory than can be any idea of him being an abstract invisible object, a creature in his powers and dignity placed at an immeasurable height above us.

The simplicity of the Gospel, with respect to the rule of life it lays down, and the doctrine of another life, is suitable to its nature. It is designed to be the religion of the unlearned as well as the learned, to be preached to the poor and the wayfaring man.

The consideration that Jesus was a man, in a word, makes the whole history of his ministry clear and consistent: it gives energy and beauty to his example, as that of our elder brother, one in our nature, tempted as we are.

It shows the propriety and value of his reward; not as a recovery of glory that had been laid aside, nor as a reinstatement in former dignity, but as an acquisition of new honor and power: and its usefulness, as a model of the reward promised to us, if, as he overcame, we also overcome the temptations that try us.

The appropriate dignity and authority of Jesus Christ, in his relation to the human race, arises not from his having been the Creator of the world, and from having possessed super-angelic perfection and glory before all ages, but from his being chosen and sent by God to be the minister of divine mercy, and the Messiah.

Persevere in your efforts to serve the cause of pure Christianity. Let, however, your endeavors to promote the spread and reception of doctrinal truths, be always accompanied with, and be always subservient to, an ardent zeal in the cause of vital religion and pious virtue.

What is speculation without practice? What are the clearest notions in the head without virtue in the heart arid life? What is the knowledge of God, and of his Christ, without obedience? Let us be ourselves exemplary in the Christian temper and conduct.

Adapted from the writings of Rev. Joshua Toulmin, 1810
Posted by Stephen at 8:30 AM No comments: 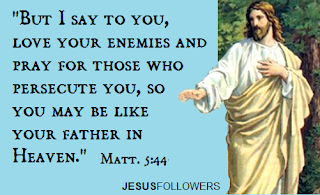 Jesus: A Leader and Example We Can Follow! #JesusFollowers 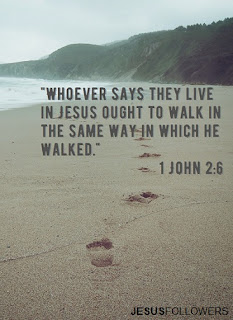 And you will perceive that Jesus has borne the same testimony to the world that God proclaimed to Abraham. He proves to us that God is love.

And you will perceive that Jesus has borne the same testimony to the world that God proclaimed to Abraham. He proves to us, that God is love. “You have heard that it has been said, ‘You shall love your neighbor, and hate your enemy.’ (This is the old-fashioned doctrine, which Jesus came to condemn.) “But I say to you, Love your enemies and pray for those who persecute you, so that you may be sons of your Father who is in heaven. For he makes his sun rise on the evil and on the good, and sends rain on the just and on the unjust.” (Matt. 5:43-45)

Now what is the sum of all this testimony? It is, that God loves all on whom the sun shines and the rain descends.

And remember, when you see the sunshine, and when joy and animation are around you, that as truly as the sun shines, God loves us.

The whole that Jesus spoke and performed in the world, his death, and his resurrection to life and immortality, was but to make known that which was true before. The Scriptures declare, that “life and immortality were brought to light through the Gospel.”

Mark the expression – “brought to light,” not created. All this was as true before the coming of Jesus, as it has been since. But “when he ascended up on high, he led captivity captive, and gave gifts unto men.” Fervently may we exclaim, “Glory to God in the highest; on earth peace, good will to men!”

Wherever he went, it is safe for us to go. “He went about doing good.”  Do you desire to know how to think and act as Jesus thought and acted? Look at his example, and follow in his steps. Do you meet with opposition and persecution in your religious devotions? Jesus met with the same - and he treated it with kindness and affection.

And how did he treat his enemies, even in the last moments of his life? He prayed for them! “Father, forgive them; they know not what they do.” Surely, this was the Son of God! Surely in him we have a leader whom we can safely follow. Let his spirit always be ours; and let the light of his example continually direct our steps - for the Lord gave him as “a leader to the people.”

If you refuse to walk in his footsteps, you will tread the thorny road of iniquity - but if you follow him as your leader, he will lead you to the pastures of his love. If you disobey his commandments, you will find wretchedness and woe - but if you obey him from the heart, you will discover that "the work of righteousness is peace, and the effect of righteousness quietness and assurance forever.”