Salvation According To #Jesus (Part 2) #JesusFollowers 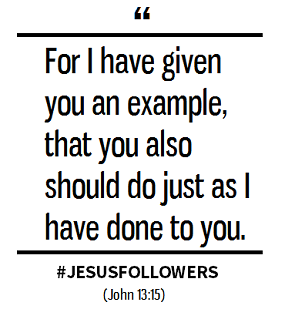 Our Master’s descriptions of the conditions of salvation are not abstract and formal, but concrete and realistic. The first word in Jesus' proclamation of the Kingdom was, "Repent" (Mark 1:15).

But not only must we repent; we must turn (Matt. 17:3) — turn away from the old life, and in humility and self-surrender take up the life of obedience to God.

Men must become as little children in humility and trustfulness, must take his yoke of instruction and discipline upon them, must bear his cross of sacrifice and service, must do the will of the Father, must take up the duties of membership in his Kingdom and cultivate the virtues required by its law, must become like the Father himself whose perfection is love.

Such are some of the principal ways in which Jesus spoke of salvation. We must become and live as God's true sons and daughters, obedient to His will, trustful in His care, morally like Him in motive and purpose.

Jesus had no favorite formula by which he expressed the nature and conditions of salvation, such, for example, as justification by faith. While popular and theological terminology for the discussion of the subject of Salvation is scriptural, it is derived much more largely from the language of others than from that of Jesus himself.

But Jesus did not analyze the process of attaining salvation nor define its various steps and stages.

Faith is the positive counterpart of repentance. In the parable of the Lost Son, penitence is illustrated in the prodigal's remorse and misery; faith is the resolution and act of returning to his home and his father.

He pictured the Father's house as standing open, and the Father's heart as ready and waiting to receive the wandering, lost son. It lay within the power of that erring son to forsake his evil life and escape it by returning to his Father with a penitent and obedient heart.

Jesus viewed his teaching and example as saving in their effect upon us. He sought by these means to strengthen in us our desires and efforts for a better life – the life of Sonship to God, which is salvation.

He presented a conception of God which was attractive and adapted to move the heart to penitence for sin and to gratitude and obedience. He illustrated the Godlike life among men in his benevolent works, in his sympathy with suffering, and in the encouragement which he gave to every good aspiration and endeavor.

The life of Jesus, with its various expressions of itself in word and act, was a powerful saving agency in his time, and still remains such. The teaching of Jesus gives us no warrant to speak so slightingly as is commonly done of his “mere” example.

Let us not minimize by silence or by qualifying words what Jesus placed in the very forefront of his message to mankind; the declaration that the door of God's Kingdom stood open before them so they might enter then and there if they would, and that he had come to show them the way.

I am the world's light; by me men know the Father, God's Kingdom is in your midst - by such words as these Jesus announced a present salvation, available at the moment, and himself as the guide to its realization.

Adapted from a 1917 Sermon by Rev. George Barker Stevens
Posted by Stephen at 8:30 AM