Let Us Do Our Father’s Business #JesusFollowers 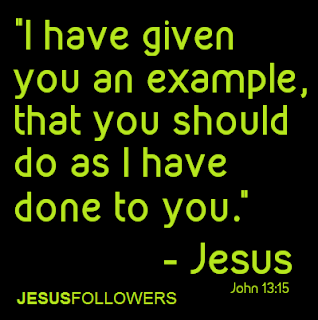 Jesus went out into the world to do something, not for himself, but for his Father, and he devoted himself to it entirely.

He was continually engaged in it himself, while he remained here, going from place to place, encountering hardship and danger and suffering, and all without any reference to his own selfish interests, but regarding solely the work he had to do for the salvation of men.

And at last, when he left the world, his final charge to his disciples was, that they should be faithful and persevering in carrying forward this work.

It is surprising how much the example of Jesus loses its power over us, simply on account of the absolute perfection of it. If he had been partly a lover of pleasure, if he had, for instance, built himself a splendid mansion, and ornamented his grounds, and devoted some portion of his time to selfish enjoyment there.

Or if he had entered into political life, and devoted a share of his attention to promoting his own honor, and yet if he had torn himself away from these temptations, so as finally to have devoted his chief time and attention to the glory of God and the good of men, than perhaps then we would view his example as within our reach.

But as it is, since he gave himself up wholly to his duty, since he relinquished the world altogether, Christians seem to think, that his bright example is only, to a very limited extent, an example for them.

Jesus was a man. His powers were human powers. His feelings were human feelings, and his example is strictly and exactly an example for all the world. Still few consider him a fair example.

Most Christians think that the general principles which regulated his conduct, ought to regulate theirs, and the most they think of doing is to follow in his steps slowly and hesitatingly, and at a great distance behind.

How perfectly clear it is, that a very large proportion of professing Christians are doing their own business in this world, and not their Father's. There are a great number of nominal Christians who have no idea of the position Christianity takes in regard to our duty.

Our business here is to comfort everyone, and to relieve everyone's suffering. We cannot persuade great multitudes of men to love and obey God, as Jesus endeavored to, but we may lead our brothers and sisters to do it, by our silent influence and happy example.

We can bear sufferings patiently, and take injuries meekly, and thus exhibit the character which God wishes to have prevail here.

The light we let shine may be a feeble light, and it may illuminate only a narrow circle around you; but if it is the light of genuine piety, it will be in fact, the glory of God.

The example of Jesus is an example for all humanity. It is intended for universal imitation, and they who pass through life without imitating it, must find themselves condemned when they come to their account.

And how strange it is, that God should find so very few willing to do His business in this world. Even of those few, most, instead of entering into it, heart and soul, do some good accidentally, and call themselves Christians, but they seem to have no idea that God has any work for them to do.

Does God have work for us to do? Yes! There is a world to be restored to holiness and happiness, and He asks our help in doing it.