What is The Essence Of Christianity? #JesusFollowers 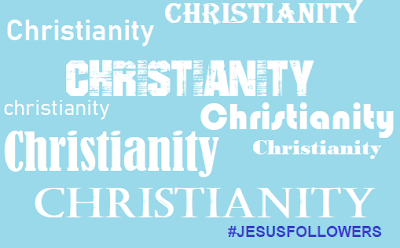 When a man comes out of a dark room into the light, his eyes are dazzled, and he discerns all objects indistinctly, not because there is not light enough, but because there is too much light. When I look back to the early years of Christianity, I see in that bright dawn a few figures, shadows of men like trees walking, and one form in the midst of them like unto the form of the Son of God.

The eyes are dazzled by such a vision, and yet there appears at first little enough for the mind to dwell upon. The records are broken and fragmentary, the details somewhat meager, and the authenticity in some parts thought by many to be more than doubtful.

The heart, which has longings for something definite and tangible, wants to go up to Jesus, as it were, and touch the hands and the side, and be present at the dark hour in Gethsemane, and feel the crown of thorns, and watch the agony of the Cross, in order that it may be fixed and certified concerning the Son of Man, and know in whom we have believed. "What is Christianity?" is a question which many serious men are asking in the present day.

We must have sadly departed from the simplicity which is in Jesus - we must have somehow got entirely off track, away from the Sermon on the Mount, for instance. I don't think there was any doubt in the minds of those who heard that sermon as to what Christianity really meant, or what Christ really taught.

They did not argue when they heard the words, "Blessed are whose who hunger and thirst after righteousness, for they shall be filled,: and ' Blessed are the pure in heart, for they shall see God," and those were the sort of words which drew thousands after Jesus, and made the common people very attentive to hear Him. The words did not sound vague; they conveyed a definite meaning, quite definite enough for all practical purposes; and doubtless that meaning was the very essence of Christianity.

Many people say, 'There was nothing new in the teaching of Christ; the world had heard it all before." And we should do well to admit what is admissible in such a statement at once, and to the fullest extent. We might perhaps say that there was nothing very new in any one individual precept of Christianity; that, if we knew enough about the religious developments which preceded it, we should find a great deal of Christianity before Christ.

Every petition of the Lord's Prayer, for instance, in the literature that already existed at the coming of Christ. You don't find the very prayer anywhere written down, but you may pick out the several parts of it, or something very like them.

Now just in the same way you don't find Christianity itself in the past religions or philosophies of the world; but you may take out a great many points and arrange them in a certain order, and call that Christianity, and say that the whole of its ethical system was in the world in a sort of fragmentary way, in a sort of general sense, long before Christ came.

But supposing it was, what then? Christianity is not less original, and not less divine, even although there may have been nothing unknown, nothing new in its several parts. People seem to think that originality must always consist of novelty in detail, but it does not. Christianity does not consist of such novelty, yet it is original.

Christ teaches us to carry on the development of our religious feelings, of our infinite aspirations under the influences of Purity and Love—twin stars revolving around each other, making one center of life, out of which springs the development of the world, and the harmonious progress of human society.

The interest of human beings in other human beings, and of God in all human beings, shown by deeds of love, and the irresistible power of a holy life, that is the heart and marrow of Christianity, as it is sketched lightly but firmly by the Master's own hand in the Sermon on the Mount; and that was, and ever must be, the only life, and heat, and radiance which the Christian Church ever had or ever can have.