The Nature of The Gospel #JesusFollowers 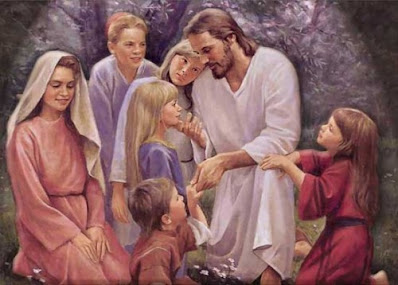 The Gospel presents us with clear and comprehensive views of the nature and character of the Deity.

It teaches that there is but one God: by this simple principle, expressed in every way which is necessary to make it fully understood and cordially received, putting an end to heathen idolatry, which was so fruitful in practices of the most disgraceful and baneful nature, and which led to the most extreme corruption of morals.

It teaches us that this great Being is a Spirit; possessed of every natural and moral excellence in an infinite degree; almighty, all-wise, all-just, all-holy, and all-gracious; exercising a righteous moral administration over His creatures; rewarding the righteous, and punishing the wicked.

In short, that He is perfect goodness, pure and unlimited Love, our Friend and our Father; yet at the same time a Being of perfect rectitude, our Sovereign and our Judge.

The Gospel teaches us what the requirements of this great and gracious Being are.

It instructs, by precept and by example, that we should love Him with supreme affection; that we should exercise a steady faith and a devout and holy communion with Him; and that we should make it our first and highest concern to do His will.

We should be humble and watchful, earnestly desirous to be, as well as to do, what God commands. In short, the religion that is pure and undefiled before God is to keep oneself unstained from the world. (James 1:27)

Jesus is never represented as the cause, but as the effect of the Father's love: and to imagine that God was not disposed to be merciful to mankind till Jesus wrested pardon from him (as it has sometimes been expressed), is to contradict the simple but all-important assertion of the Gospel, that "God so loved the world…" (John 3:16)

It is nowhere stated in the Scriptures that God could not forgive sins without the death of Jesus, or without some other full satisfaction.

But many passages prove that though perfectly just, God is also essentially merciful; and which supply us with Divine declarations of pardon to the repentant sinner, and examples of the extension of it, without any reference to the death of Jesus.

The justice of God, as far as we have the means of knowing, consists in the due distribution of rewards and punishments according to the moral condition and character of the objects of His justice.

Jesus had to suffer for the completion of his spiritual excellence, and it was for the welfare of his followers that he should set them an example that they should follow in his steps – an example of meekness, of fortitude, of patience, of gentleness and mercy, of firm endurance and self-denial, of boundless love to man, and of obedience unto death.

When considering the effects and purposes of the death of Jesus, it should never be forgotten that they were all in view in the apostles' minds, as a whole, as they should be in ours; and then we cannot fail to perceive, that the effects on the spiritual excellence of our Master’s character, and the perfecting of his example, and all their blessed influences in the hearts of his disciples, are among the purposes of his death.

The death of Jesus is of service to only those who through the work of Jesus are redeemed from all iniquity; and its efficacy in effecting our salvation depends on its producing, through the influence of his sufferings, his precepts, doctrines, spirit and example, that spiritual sanctification, and eternal purification, which will make us dead to sin, and alive to God.

If neither our Master himself, during his ministry on earth, nor his apostles whose preachings are recorded in the book of Acts teach the doctrine that the death of Jesus was a propitiatiary sacrifice for the sins of men, is it reasonable to conclude that it cannot be essential to salvation?

There is no passage in support of the doctrine that the death of Jesus had some mysterious, unknown, immediate efficacy in obtaining from God the pardon of sin.

Persons who entertain this very doctrine of atonement, should shrink from the notion that Jesus was in any strict sense punished for the sins of men, or that he was substituted for them to bear the Father's displeasure, or that he thus made satisfaction for their sins.

Still less should they allow that the death of Jesus appeased the wrath of God, and made him merciful.

Abridged from a sermon by Lant Carpenter (1843)